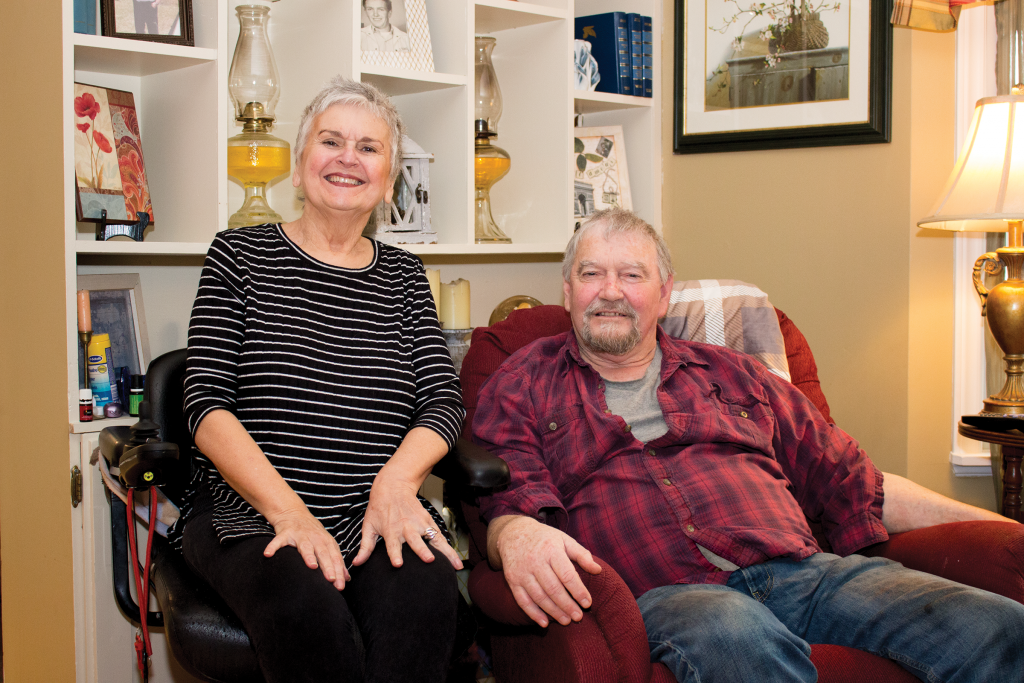 There are no planned accidents.

You never know when an accident will happen. But, when Bernard and Sharon Handrahan were in a car accident this February, the team at Prince County Hospital was ready and fully equipped to help them. Though it was a “write off,” their van and its air bags kept them alive despite hitting a tree so hard that their headlights were now facing each other. “We hit it right in the middle,” said Bernard in a recent PCH Foundation interview. “If it had been more right or left, there’d only be one of us here. I was stunned. I knew Sharon was hurt, but I couldn’t move. I couldn’t even check if she was okay.” Sharon was not, in fact, okay.

The couple from Christopher’s Cross (just outside of Tignish) was rushed to the PCH Emergency Department. Through Digital Radiography (x-rays) and numerous other tests, it was a determined Sharon had several fractured ribs, as well as a collapsed lung and would need emergency surgery. “It was amazing,” she said. “Before I knew it, they had diagnosed me. You get to see them all work and it’s a well-oiled machine. They all have their jobs and they’re so good.” Though battered and bruised but with no life threatening injuries, Bernard was released from PCH, while Sharon recuperated in Surgery & Restorative Care for a couple of weeks. During this time she had a number of x-ray images taken to track the progress of her ribs and she also received attentive care from nurses, physicians, and the rest of the PCH team.

“It was amazing the connections you have with the staff. People you know, or you know their mother,” remarked Sharon. “And every little extra touch makes you feel special. Every member of the team is so important.” Bernard added,“The nursing staff is unreal.”

“You take it for granted until you’re in a different hospital,” Sharon continued. “You think they’re all the same, but they’re not. We were so lucky, if you think of it…if there’s any such thing as a lucky accident.”
Outcomes like the Handrahans’ and thousands of others are possible because the PCH physicians, nurses and staff have the best equipment at their finger tips. It is your continued support that will help equip the Digital Radiography room (X-Ray) this year and purchase a host of other vital pieces of medical technology and equipment to benefit patients at Prince County Hospital.