n ordinary day last winter, Gordon MacFarlane was in Pownal at a hockey tournament with his son, Matt. Before lunch he began to feel an all too familiar nausea, followed by intense pain. Leaving his son with another parent he began to make his way to Prince County Hospital (PCH). He called his mother in Stanley Bridge, saying he didn’t think he could make it home and would come there. He coasted into his mother’s driveway where she would find him slumped over the wheel of his car. She called an ambulance and he was rushed to PCH.

Over the years, Gordon has had numerous surgeries as a result of the ulcerative colitis he’s had since age 15. The condition is an inflammatory bowel disease that causes long-lasting inflammation and ulcers and led to the removal of Gordon’s lower intestine over the course of two operations in 2003 and 2007 and replaced by stretching and expanding his small intestine. Those surgeries, coupled with a liver transplant performed in 2005, means that Gordon has significant scar tissue in his abdomen, strands of which occasionally attach to his small intestine, kinking it. The liver transplant has also meant a number of bouts with Cholangitis, an infection of the bile duct connecting the liver to the gallbladder and intestines. However, the young father of Matt and Evan and husband of Michelle counts himself lucky that he has access to such an advanced facility here in his hometown. “I can drive myself to the Emergency Department at PCH,” says Gordon. “The fact that it’s five minutes away is amazing. You build a relationship with the nurses and doctors. They know your history and they know it’s serious if you come in.”

The Summerside native spends time in the hospital on an intermittent basis due to these conditions and takes a regimen of pain medication, rest and fasting until the pain subsides and he can continue on with his life…until next time. Gordon is well aware of the value of a CT Scan and he has used this service many times. With Cholangitis it is important to be scanned to ensure there are no blockages or other complications. It is nerve-wracking, though; each time Gordon gets another Cholangitis attack, it brings him closer to needing another liver transplant. “Someday I will need another transplant. Each time I get Cholangitis I think, is this the last bout? If that’s the case, it’s off to Halifax for the transplant surgery, but I’d much rather be here (than another facility). It’s a nicer overall experience. The convenience of having a state of the art facility close to home is second to none.”

Not only has Gordon been a patient and a donor, but he also recently joined the PCH Foundation’s board of directors so he can give back to the hospital that has given him so much. 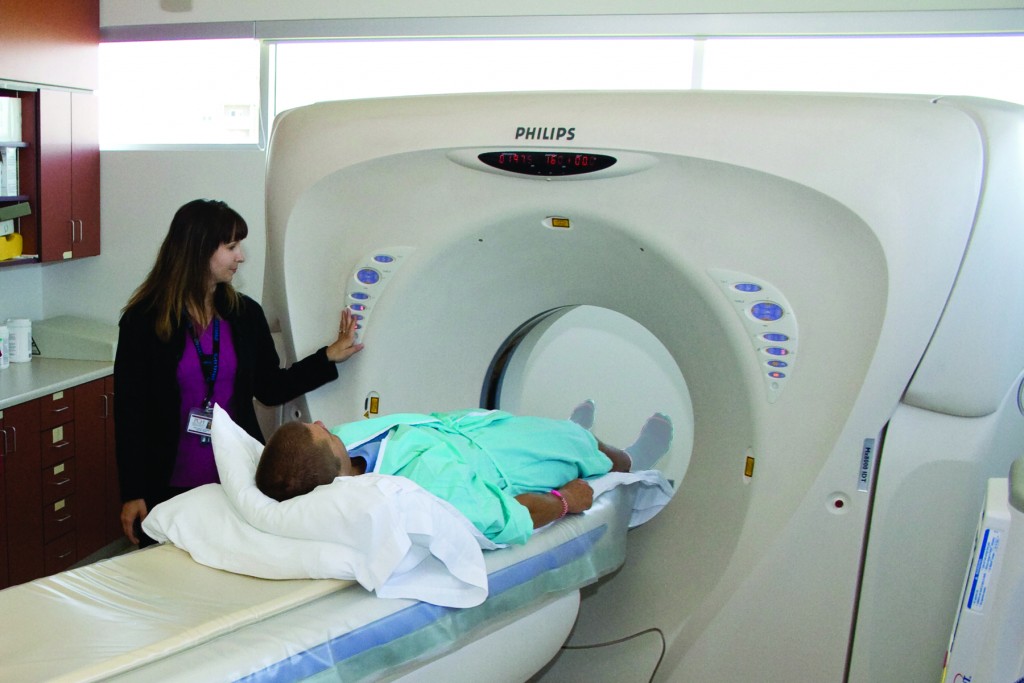 If you would like to support the PCH Foundation in its goal to raise over $2.27 million this year to purchase a new CT Scan and many other vital pieces of medical equipemnt you can donate online or call (902) 432-2547.